A Parent Looks Back on Progressive Education 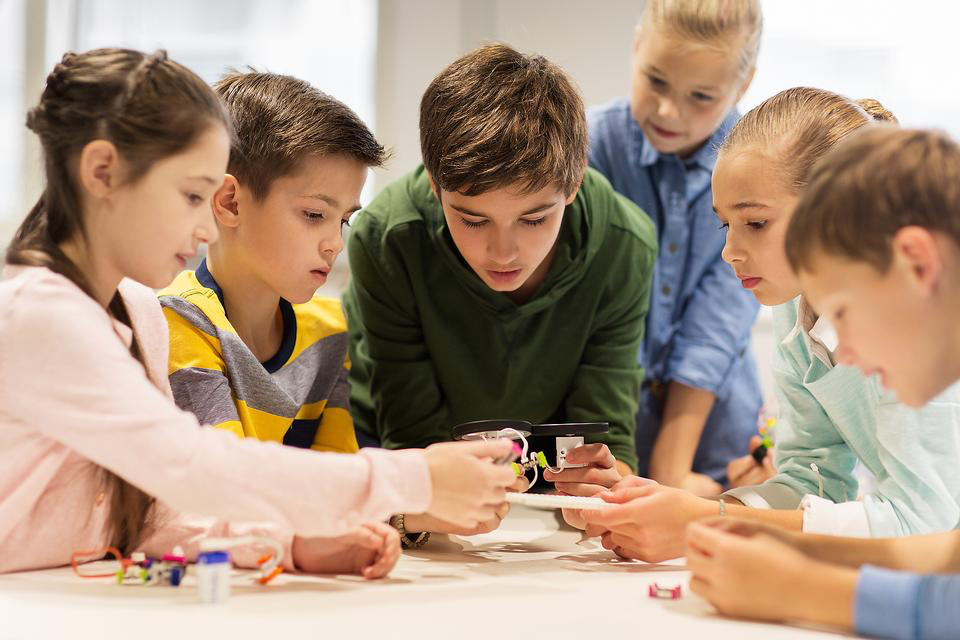 We enrolled M for Grade 1 in a progressive school back in 2007, when there were few options for alternative education at the elementary level. While we firmly believed that it was what we wanted for our daughter, progressive education felt very much like wading into uncharted (and therefore very much untested!) territory. Thus, M’s wonder years of early childhood were peppered with our own “wonder years” as parents–Were  we right to take her out of that trad school with its proven track record and potential for connections? So many had cautioned us–”She is so smart! Why will you put her there?!”  And as the years went by, we found ourselves wondering constantly–Will progressive education prepare M for the future? 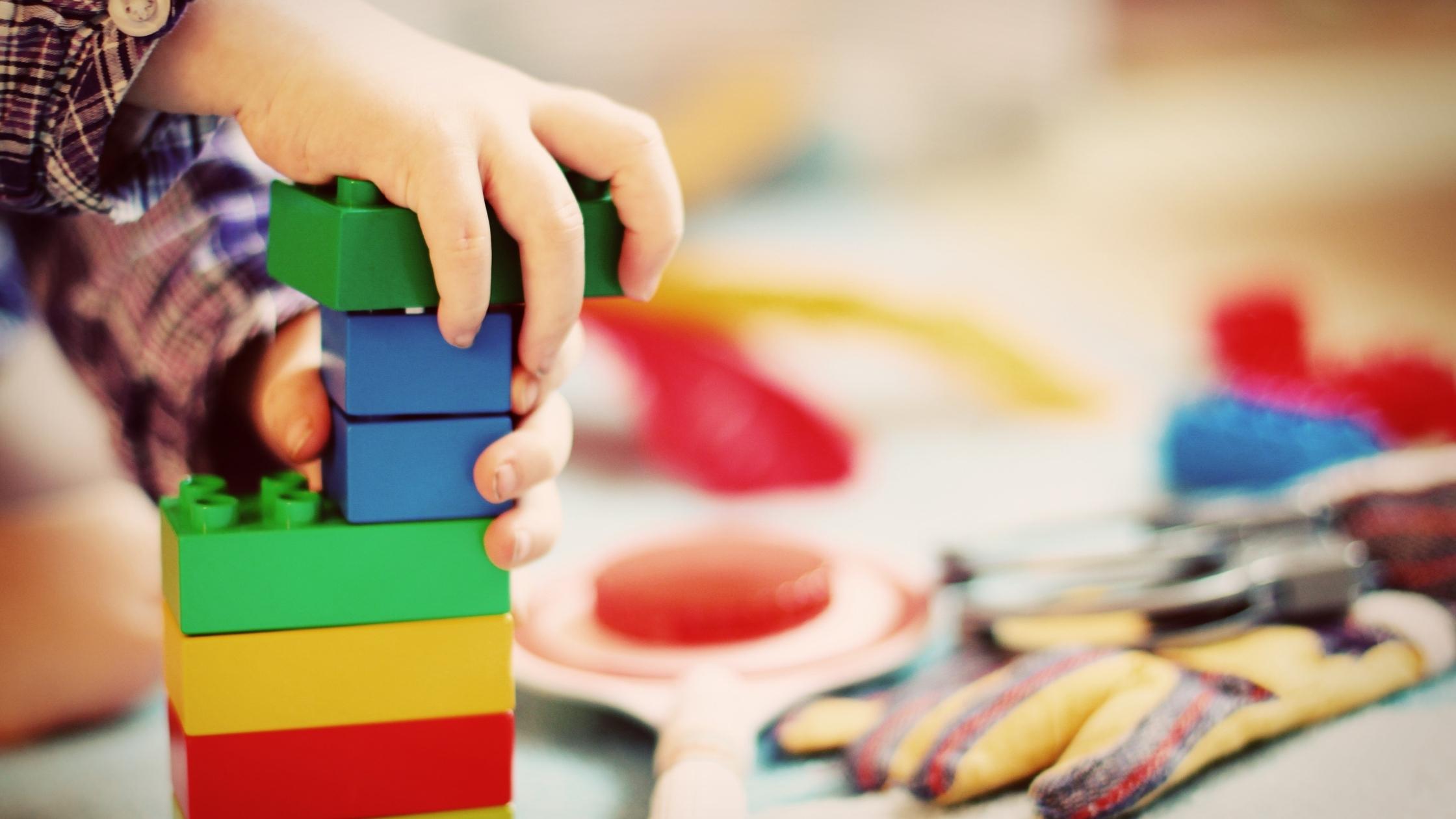 Fast forward 15 years later, and we find ourselves in that “future”. M is now in university abroad, with self-knowledge and self-assurance I did not possess at her age. She is both dreamer and doer; a mix of vulnerability and strength; constantly exploring her place in this world with both caution and courage, always with kindness. What was I so worried about?!

I ask that question, and voices from those years come back at me–reminding me of the fears that hounded my parenting. If only I knew then, what I know now!

“They do not have blackboards, Mom!”

This was the first thing six-year-old M blurted out after her sit-in class that was part of her school’s admission process. I recall being very amused as M animatedly chatted about being in small groups and working with their hands–a whiteboard in the corner as silent witness rather than dominating presence. It was my first clue that this school will be different, and I was all for it!

In those early years, I witnessed progressive education come alive in a meaningful and integrated curriculum that allowed the individual child to make connections and create meaning. Right off the bat in Grade 1, for example, M and her classmates tackled the Palengke unit for Social Studies where they understood the law of supply and demand (at their level, of course). This was supported by a field trip to a wet market as well as a palengke simulation where they also applied lessons in Math (money, addition and subtraction); Filipino (greeting words) and literacy (interviewing, and writing about their experience). Learnings in the classroom naturally extended outside of it. In Grade 2, while on a trip to Bohol, M pointed out jeepneys on the road (having learned in school how they were different from those she saw in Manila). Even later, she started making a tally of local places we visited for summer–asking why we haven’t visited Mindanao. In this progressive set-up, there was no  one route to the correct answer; whiteboards were used to generate ideas rather than impose them.

Needless to say, such an approach took a lot of time. Eventually, as M moved up the grades, the question arose–is she learning enough? How will the breadth of topics (or the lack of it?) affect M’s chances if she moves elsewhere later on? That question would stay with me throughout M’s stay, in varying degrees of loudness. Each time, I looked at my own history of “success” in trad school, filled with a wide range of topics learned by rote and M’s depth of experience with each topic she learned. Each time, the choice was a no-brainer–and so we stayed year in and year out.

In her panel interview for admission into university, M was asked why she chose Integrated Science Program for her course of study. A panelist was impressed when M easily replied that she believed all sciences are interconnected, and that the course will enable her to explore that in depth. I suspect it is an answer whose seed was planted in that Grade 1 classroom that did not have a blackboard. 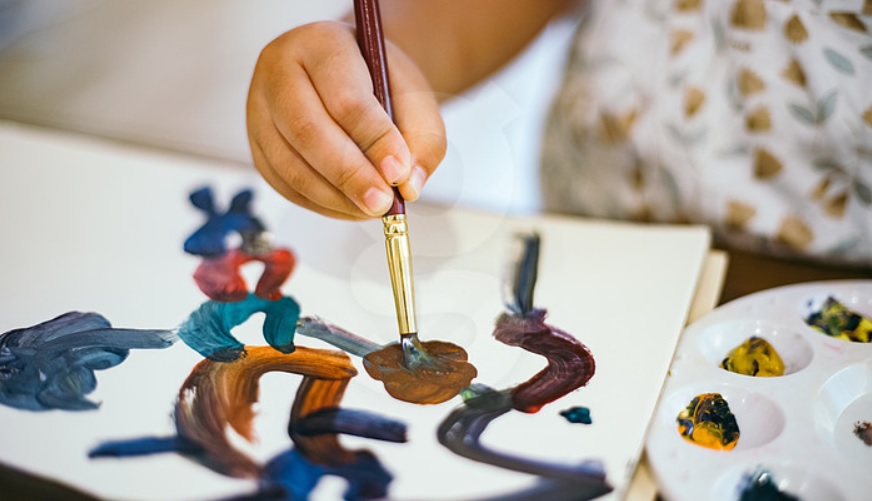 This was the reaction of the brother of M’s classmate, upon witnessing the awarding ceremony for the Grade 4 PE Culminating Activity. The little boy from trad school was incredulous, and all of us in that huddle had a good laugh.

Nonetheless, Grade 4 na sila! The question arose: will these kids ever learn to be competitive? How will M fare in the tough world “out there”–a world where there are winners and losers, where one needs to prove oneself to be “enough”? Are we shortchanging M for not preparing her for the world “out there”?

Progressive education is known for honoring the honest effort and hard work of the individual child, and the time it takes for the child’s potential to unfold. In hindsight, while I constantly worried about the world “out there”, I failed to see that it was M’s inner world that was being transformed.  In that safe space where she was constantly supported, validated and gently pushed, M became free to explore her interests beyond stereotypes. Free from the burden of chasing A’s, M approached learning with genuine curiosity and enthusiasm. Surrounded by teachers who encouraged her opinions, M grew up believing her voice was important. She and her classmates became children aware of their particular strengths and weaknesses, exploring how these can work together to contribute to the task at hand.

I did not have the benefit of hindsight then, so a year later I had M try out for admission to high school in an exclusive girls trad school–“just to check” if she can make it in the world “out there”. At the end of the four-hour battery of tests, M had told me about how she had helped her seatmate: “I saw she was not following instructions, Mom. That would have made everything she answered wrong!” I wish I could say I felt proud, seeing how my daughter’s instinct told her to elevate not just herself but others as well. What actually followed was me telling her how the world did not work that way, how they were competing for limited slots, how that situation was actually an advantage for her, how she could have been disqualified for even talking to others while taking the exam. It is one memory that makes me shudder… I totally missed the bigger picture!

M actually gained admission, but again we decided to stay in the progressive set-up where her inner world was constantly exposed to and molded with compassion, kindness, perseverance and love. She would also eventually keep proving herself in her Mama’s “world out there”–voted by her group to speak on their behalf at an MMUN conference in New York; in SHS, shining in a batch of 800 students despite coming from a small class of 18; and now, a full scholar in an international university. Each time, I witnessed her to be competitive–but primarily with herself in the pursuit of magis. There are enough medals to go around; success did not have to come at the expense of another.

“Oh I did not finish but never mind, Teacher said I can finish it tomorrow.”

M told me this when I asked her about that day’s periodical exam. She was in Grade 6 by then–imagine the stress and snowball of questions that response invited! How will M learn test-taking skills and pass CETs later on? How will she acquire discipline when deadlines seem optional? How about consequences?!

As a mega-nerd in trad school where periodical exams were highlights of my own student years (time to shine!) I found it most difficult to adjust to how progressive education approached student assessment. Pen-and-paper tests were really just one of its many tools, and gauging authentic learning was always the main goal (even if it meant extending deadlines for certain children). Consistent with the progressive philosophy, the approach is not “one size fits all”.

I was a mom preparing her child for the world “out there” (i.e., college) where I deemed test-taking skills to be crucial. Instead, in the way her learning experiences were structured, what M gained early on were actually real-life skills; to name a few–critical thinking, research and oral presentation skills, teamwork and collaboration, communication of thoughts and ideas, love for learning.

Five years after panicking over this response from M, I found myself in a sea of 1,000+ parents listening to the SHS principal passionately present the goals for students during that academic year. It seemed to me that she was describing M! (By then, M had moved to another school for SHS.)  During the open forum, a parent asked–”You talk about all these things, what subject will you have to teach our kids collaboration?!” I was floored by the question! I knew right then that M will be all right.

Over those two years in SHS, deadlines came relentlessly, both academic and extracurricular, as they do in trad school. By then, M already had a head-start in real-life skills to face them head-on; skills that she can count on even at university (where, yes, she also knows how to take tests and finish them on time!)

Enrolling my daughter in progressive school meant I had to unlearn many of the things I got used to in my own experience of education. It also meant a constant evaluation of the kind of education we want for, and best fit M. Progressive education has many benefits but also downsides as all educational systems do. Personally, I feel it also had its costs–M would have been a shoo-in for the Director’s Lists or the most competitive courses locally had we gone the trad school route. It is a trade-off I would easily still make if I were to do it again. I would probably just tell myself to stay “in the moment” more, and dive more completely into the experience instead of projecting my fears on M.

In her last year of progressive school, I had mused: “M may soon fly high elsewhere, but this school will always be where she discovered her wings.” I hold much gratitude for those years–now behind M but always carried in who she is as a lifelong learner. As her mom, I no longer wonder at what’s ahead, content to fade into the background and proudly cheer from the sidelines as M gifts the world with wonder that is uniquely her own.